In recent months, a variety of #fitpros have jumped on the high-frequency training bandwagon.  Eric Helms and Omar Isuf did a video where Eric claims to be training full body every day.  Before then stretching the definition of full body to it’s breaking point. Apparently now you can work the ‘full body’ over multiple days but last time I looked that’s called a split routine.

Others have done it too, claiming all kinds of great results from their ‘new training paradigm’.

Nevermind that research absolutely does NOT support this type of training in any form or fashion.  But the “evidence based community” has now decided that evidence includes their own personal anecdotes.  More on that in another video.

And yes, I know all about the Norwegian Frequency Program. A program where the guy who ran the study even said that for growth he’d train a muscle less frequently with higher volumes and intensities.

Because the flat reality is that the only way to train a muscle group that frequently is to train with zero intensity.  Don’t believe me?  Come to Austin and I’ll put you through a workout that won’t let you even consider training the muscle again in 3-4 days.  It’s only when you piss around in the gym that you can do this.  So why bother?

But what results are these high level bodybuilders, who have been at their genetic limits really getting? That last 1/4 of muscle that they can gain. Did Eric Helms ever get past the FFMI of 25 he defended so vigorously as not being a limit? These are the questions I have to ask.

But, Lyle, if the research isn’t there and the results are crap, why are these individuals claiming benefits?

Well, two reasons:
1. Because this is an industry where if you don’t jump on the current fad bandwagon, you get accused of not “keeping up with the state of the art.”
2. To sell ebooks. And that’s really the rub isn’t it? Because it sure seems that all of these magical non-evidence based anecdotal claims are accompanied by a new e-book.

Bonus reason:
In 6-12 months when all of these guys flip flop back to what the research actually supports, they can write YET ANOTHER e-book to sell. It’s a double win pushing this crap.

And that is the REAL benefit of high frequency training: looking cutting edge with anecdotal crap that research doesn’t support and selling-ebooks. 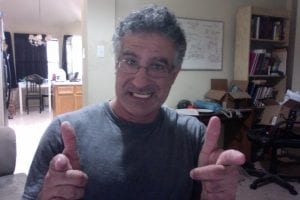