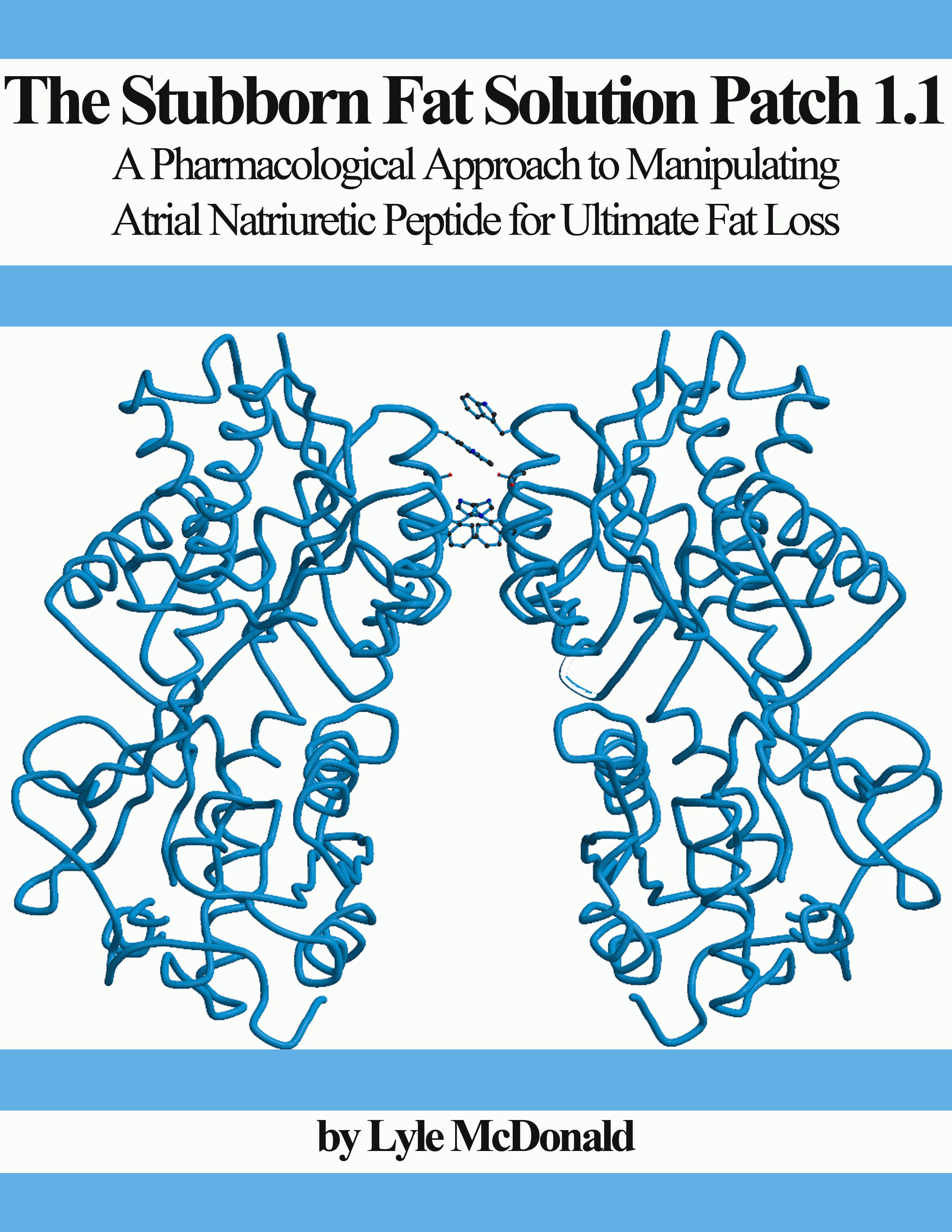 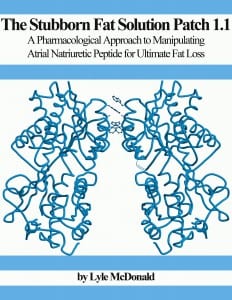 So last week, I mentioned that I had actually started (gasp) writing again and that, out of a larger project, I had revisited an old project and finished a small booklet.

Booklet is not an exaggeration and this is fairly short, kind of in the spirit of Dan Duchaine’s old stuff.   I’ve titled it The Stubborn Fat Solution Patch 1.1 (because I am a nerd) although I also considered an even worse title.

Now, in the original Stubborn Fat Solution I discussed every possible topic regarding fat and stubborn fat in fairly extended (some would say excruciating) detail along with giving dietary, supplement and training protocols made to specifically deal with the problem of stubborn fat (men’s low-ab and back fat, women’s hip and thigh fat).

However there was one section that I sort of glossed over, mainly due to a dearth of research and general inability to do anything with it. That section dealt with Atrial Natriuretic Peptide (ANP), a hormone released (oddly) from the heart that had been found to represent an entirely new fat mobilizing pathway.

I mentioned it for completeness, but because I hadn’t found any particularly useful way of manipulating it, I didn’t do more than that.  A bit later, I’d come across research showing that ANP could be manipulated but it was a drug based solution.  This project was actually started years ago but I put it away for some reason.  I’m glad that I did.

In 2015, I started rewriting one of my books and then that project took on a life of it’s own (it would eventually lead to my writing The Women’s Book Volume 1).  But in the process of researching, I came across new literature on ANP that made me want to visit this previously unfinished project.

That’s why I’m glad I didn’t finish it originally; most of the cool research has only come out recently and I’m far better able to discuss the topic as well as how we can put this to use.

NOTE: this is a booklet about using a drug to manipulate this pathway.  Certainly it’s a very legal drug, easily obtainable and inexpensive but even there I know some people don’t want to go the drug route and outside of learning something cool, this book will not be for them.

That’s part of why I didn’t just update the original Stubborn Fat Solution with this information; folks who want drug information tend to want only that and people who don’t tend to get turned off of it.

In a way this is the spiritual successor to my weird little book Bromocriptine.  I’m not really a drug guy (it’s an interest of mine to be sure but I am in no way an expert) but every once in a while I come across something cool enough to write about.

This is a totally stand-alone book, mind you.  In no way do you need the original book for any of it to make sense (but you should buy it anyway of course) as I’ve included all of the important and relevant information about bodyfat, physiology, etc. along with the information about ANP, what it does and how we can manipulate it.

The book has a selected set of references for the research nerds to follow up and, of course, specific stacks to make the whole thing work.

Finally, I figured it was finally time to enter the 21st century and the books will be available not only in PDF but .epub and .mobi (for Kindle) formats, downloadable on the site.