For nearly a century now, we thought we knew what the essential fatty acids were, linolenic acid and alpha-linoleic acid.  I’ve written it in my books and in various articles as have many others.  As so often happens in science, with new data comes new models.   Because it looks like we may have been wrong about what the real essential fats are.  As always, let me start with some background.

The most recent piece I wrote on the topic addressed a current idea in field where maximal per meal protein intake is about 0.25 g/lb (about 0.55 g/kg). This is based on research showing that this amount of protein maximizes MUSCULAR PROTEIN SYNTHESIS.  This is assumed to represent the optimal protein requirement for growth.

Related: How Much Protein Do I Need to Grow?

In the original piece, I gave a number of criticisms of that idea including the following: 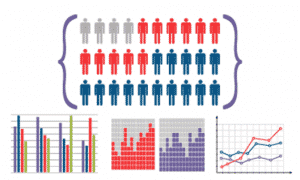 Epidemiology refers to a type of science that is essentially observational and examines group health.  It looks at a group of people, some aspect or aspect of their diet or lifestyle and some outcome such as disease.  Then it tries to determine what variable (or variables) of diet or lifestyle correlate with some outcome.  And epidemiology is crap science so far as I’m concerned.  Now let me tell you why.

In college I took a history of medicine class and learned about what I think the first epidemiological study was.  This was hundreds of years ago where it was observed that people in one part of a city (in France or England maybe?) got sick and those in another didn’t.

So people wanted to find out why.  As it turned out, each part of the city got all of its water from a different well and this was the big variable between the two areas. … Keep Reading

So in keeping with my attempt to do some short video updates, I want to do a Q&A about dieting and surgery.

Hi, Lyle. Currently reading the awesome Women’s Vol. 1 and PSMF… I am on day 7 of PSMF (Cat 2, 30BMI, 14BF%). Protocol recommends FDB every 2-6s. Since, yes, I did week one wrong using Cat 1, I would like to do a full 3 weeks on diet. Dilemma is I have breast revision Feb 12 and I am required to stop Fish Oil ten days prior. I planned to stop it Feb 2nd, BUT can I continue one more week doing PSMF.

I got this question earlier this year and my answer won’t be helpful to them since their surgery has already passed.  But since I often get questions about the topic of dieting and surgery, I still want to address it.

Dieting After Surgery or Recovering from an Injury? 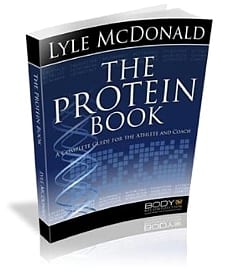 While I’m working on a few other articles on other topics (including training to failure, the metabolite theory of growth and a detailed examination of what muscular tension is and isn’t), I want to do a quick update on the topic of protein requirements for athletes.  This is a topic with literally decades of history behind it.

The Debate Over Protein Requirements

Early on, the debate was primarily between scientists, who often argue that activity did not increase protein requirements and athletes who did (the athletes, to a first approximation turned out to be correct, by the way).

There have also been long standing debates between scientists on different sides of the same debate (some of the big names that will come up in this piece are Stuart Phillips, Kevin Tipton and Robert Wolfe) with some giving relatively lower recommendations (but still higher than the RDA/DRI levels) and others relatively higher.… Keep Reading