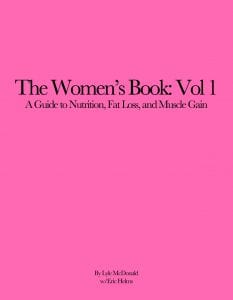 Just a quickie little post about The Women’s Book.  First off let me say thanks to everybody who has purchased it.  Playstation games aren’t inexpensive these days.  And I hope everybody is enjoying it.

Most importantly, I wanted to remind folks that, at the suggestion of my friend Lisa (inspired by the Cards Against Humanity Pink Box), I not only made the cover pink but decided to charge a $5 Pink Tax.  Just $5 added to the price.

However, this was done with the plan to donate that $5 per book sold to The Women’s Sports Foundation, a group aimed at providing advocacy, research and resources to promote women’s sports.  I had connected with them prior to the release of the book to set things up and will be making a donation at the end of the year to them.

And the main thrust of this post is to let folks know that, as of February 28th, the total donation is already up over $12,000 and I am palpably excited to write them a check in December.

And while clearly this would not have occurred had the book not actually been eventually completed, it wouldn’t have occurred at all if people hadn’t continued to support me and buy the thing.  And I simply wanted to say thanks to folks, along with letting them know what their purchase is concretely impacting other than my Playstation game library.

And finally since it’s related, I wanted to make people aware of a movie trailer I came across on the Women’s Sports Foundation page itself called the Battle of the Sexes.  This is based on the real event that occurred in the late 70’s (I just remember it) with Bobby Riggs, determined to prove the superiority of men over women, challenged tennis phenom Billie Jean King to a match.  Steve Carell is the perfect loudmouthed braggart for the role and it should be a hoot to watch.  Without spoiling it, let’s just say that Riggs was better at talking than tennis.