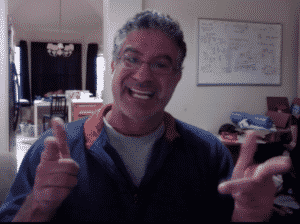 So a few weeks before I engaged in the rather pointless Brawl that Settled Absolutely Nothing, I had the pleasure of sitting down with Phil Hueston for his Friday Happy Hour podcast.  Phil is an old guy like me meaning that we spent some time yelling at clouds but it was certainly more fun than the other thing I did and I assure you you’ll enjoy it a hell of a lot more than the ‘debate’ drudge.

We focused on three primary topics.  The first was that of flexible dieting/eating attitudes (which, I was the one way back in 2004, to have first really formalized so far as I can tell).  The second, of course had to do with the issue of women and fat loss.  This is a topic I talk about a lot lately, due to my work, naturally on The Women’s Book Vol 1.

Finally, as Phil has had his own issues with depression, he asked if it would be ok for me to talk about my ups and downs (literally) with my bipolar II.  So we did.  Mental health is still not something that gets talked about enough and I’m happy to talk openly about what happened along with the eventual event that got me to finally get treated.

But outside of that, perhaps the most important thing you’ll learn from the podcast is who my favorite Disney princess is (THE ANSWER WILL SHOCK YOU!).  Like I said, this is way more fun to listen to than the non-debate.

You can listen to Phil’s Happy Hour podcast here.

But people walk into the weight room every day and not having a coach is more the norm than not....

I knew that Austin held some baggage from me, bad habits established in my late 20's and early 30's (during...